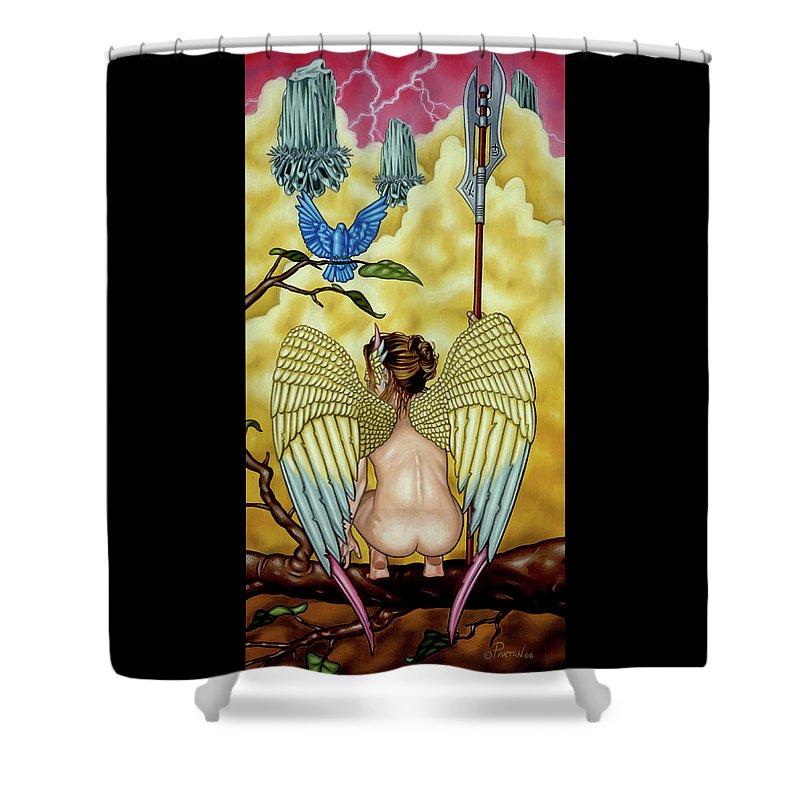 First watch is a fantasy painting i did showing a winged angel like guardian watching over her post. In the background you see a blue dove and a... more

First watch is a fantasy painting i did showing a winged angel like guardian watching over her post. In the background you see a blue dove and a crystal like floating cities.