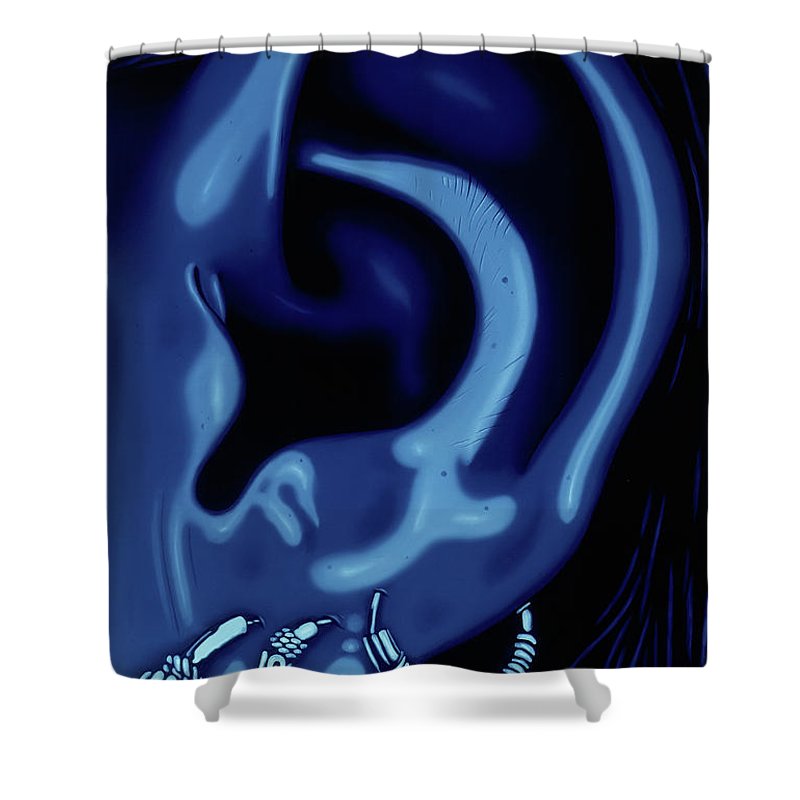 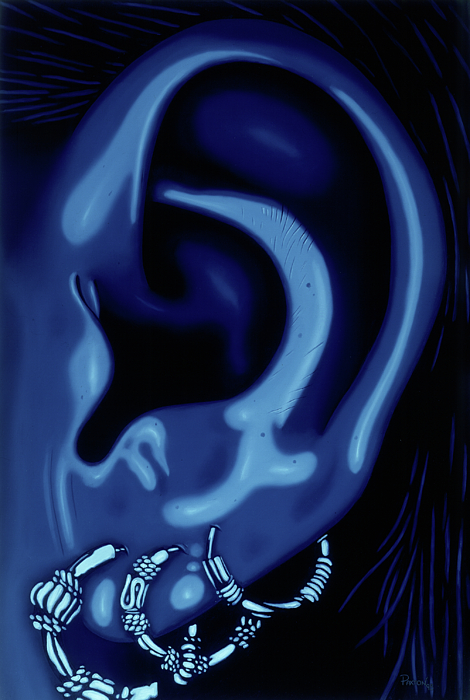 Portrait of my Ear in Blue Shower Curtain