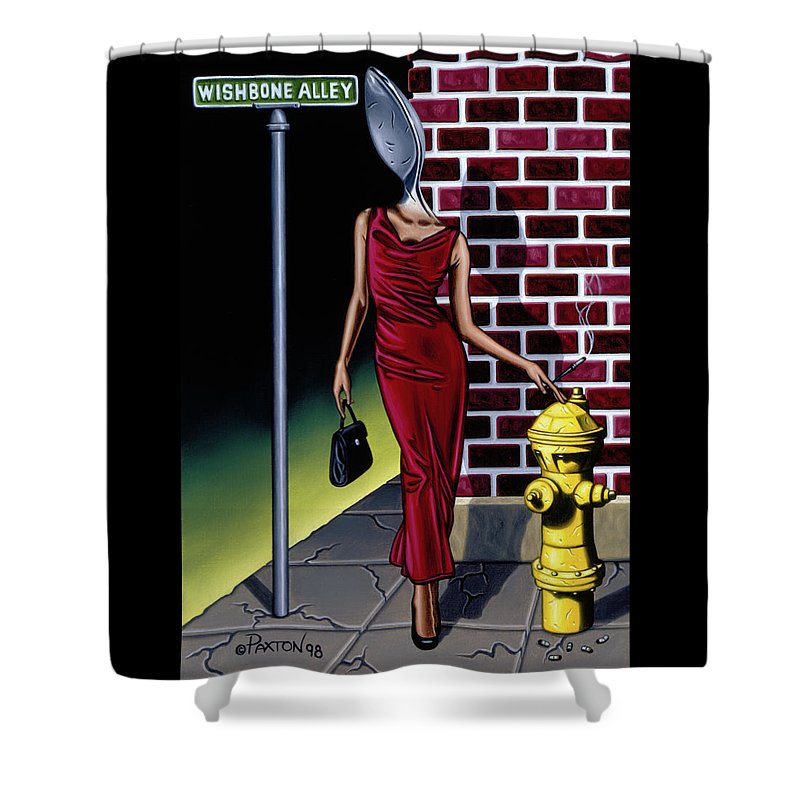 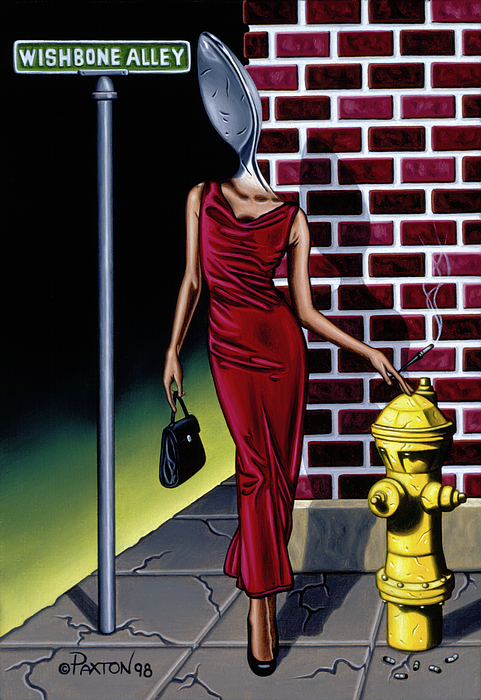 Wishbone Alley was based around a dream. In the painting there is a beautiful woman in a red dress holding a purse on a street corner next to a... more

Wishbone Alley was based around a dream. In the painting there is a beautiful woman in a red dress holding a purse on a street corner next to a yellow fire hydrant. She is smoking cigarettes in a classic 50's cigarette holder. You can see many cigarette butts below her like she has been there for awhile. Could she be a high priced street walker or is she just waiting for a ride? We don't know for sure.